Every year the YWCA aims to eliminate racism by raising awareness in an event called Stand Against Racism. YWCAs across the nation and other organizations are invited to participate in the event by coordinating their own “stand” on April 27, 2012. Community members are welcome to join any “stand”, culminating in hundreds of thousands of people taking a Stand Against Racism across the US.  Firesteel is participating by discussing how racism relates to housing and homelessness.

Written by Matt King, Employment and Regional Services Director at the YWCA Seattle I King I Snohomish.

“We don’t hire your kind here.”  If we were to hear these words today, their ugliness would shock us.  The words themselves and the sentiment behind them seem relics of another time.  It’s been nearly half a century since the Civil Rights and Voting Rights Acts brought Jim Crow laws and practices to an end.  So it’s no longer legal to discriminate in employment, in housing or in other “public accommodations.”

At least such discrimination is no longer legal against groups defined by race, gender or other protected characteristics.  But there is at least one group against whom discrimination in employment and housing remains legal – those with criminal records. 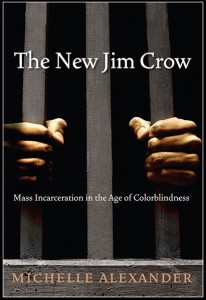 And as Michelle Alexander points out in The New Jim Crow:  Mass Incarceration in the Age of Colorblindness, the disproportionate number of African Americans and other people of color in the criminal justice system – often as a result of the selective enforcement of drug laws – means that legal discrimination against ex-offenders also disproportionately affects African Americans and other people of color.  Alexander argues that discrimination against ex-offenders in employment, housing and other arenas, together with the social stigma associated with a criminal record, combine to create a “cruel hand” that relegates many to a permanent second-class status.

The YWCA offers specialized employment services for ex-offenders through our King County Jobs Initiative.  So we see first-hand every day that there is no greater barrier to employment and housing than a criminal record.  In fact, a Department of Corrections study found that 90% of Washington state offenders were unemployed a year after their release from prison in 2008.  And we also see first-hand the disparate impact of the “cruel hand” on particular racial groups:  nearly two-thirds of those we served through the Initiative in 2011 were people of color, including 48% who were black.

It’s only just, of course, that those who are convicted of crimes pay penalties for those crimes.  And of course, it’s only prudent that we bar those convicted of certain types of crimes from certain types of employment.  But justice also requires that the punishment fit the crime, and few would argue that a conviction for a minor drug crime should carry a lifetime sentence of poverty, homelessness, unemployment and shame.

If our aim is to create a just society, we must ensure that the criminal justice system does not unfairly target members of particular racial groups.  And we must ensure that those convicted of minor, non-violent crimes have an opportunity to obtain employment, housing and dignity when they return to our neighborhoods.  If we don’t, “We don’t hire your kind here,” will continue to be an ugly truth for many African Americans and other people of color.